Truer words were never spoken in the gym! But it’s also possible to hit your lats like a Mack truck every week, and miss the point entirely. Here’s what your back needs to be wide, deep, and legitimately mighty!

I’m only being a little snarky here. In the case of rows as much as any other movement, it’s crucial that before you try any unconventional tips, you know how to get the most out of each traditional rep. These rules apply regardless of which row variation you’re doing, and they’ll help you maximize the massive payoff in muscle size, posture, and shoulder health that should come from rows.

When performing horizontal rowing exercises such as barbell rows, dumbbell rows, seated rows, and machine rows, the lever arm is at its longest when your humerus (i.e., your biceps bone) is perpendicular to the force vector. This is the point at which the weight is most difficult to move or hold, because you have the least mechanical advantage. 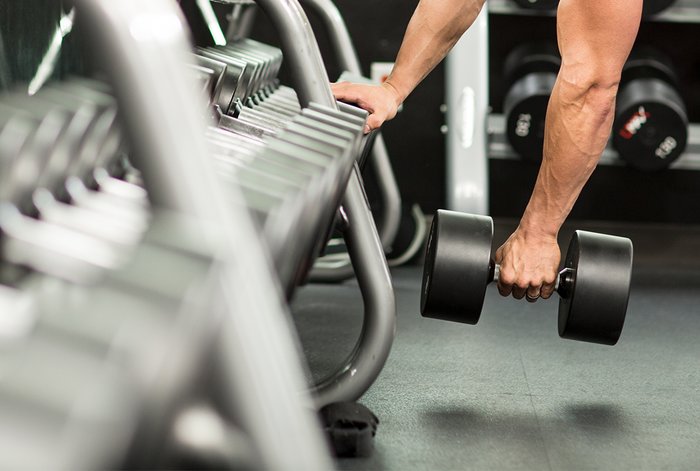 Unfortunately, it’s also a point that many lifters skip. On moves like bent-over barbell rows they pull a heavy weight halfway up with good form, then jolt it the rest of the way. Or in the case of single-arm dumbbell rows, they turn their torso toward the rowing arm, which makes them think they’re still rowing with their back muscles (they’re not). Staying more or less upright on bent-over row variations, or leaning really far back on seated ones, are other ways of cheating through this crucial range.

In all of those cases, you’re moving the load, but not effectively loading the move. There’s a big difference.

The way to avoid these incredibly common mistakes is to do at least some of your rowing work with a weight you can hold for about 4-5 seconds at end of the concentric portion of the range of motion, while maintaining good technique. If you can’t hold it for a few seconds then, for this particular move, it’s too heavy. But save it for the next one…

Keep in mind that you don’t need to hold for 4-5 seconds on each rep every time you train. This is just a simple strategy you can use to find the appropriate load for you to use when racking up quality volume on staple row variations.

The solution should come as no surprise to anyone who read my article “The 6 Grittiest Chest Exercises You’re Not Doing.” In that piece, I suggested doing heavy partial dumbbell benches after a few sets of full-ROM, lighter-weight presses.

I like to call these “mechanical partial reps,” and they’re great for rows, too.

As I mentioned in the chest training piece, this approach has been endorsed in the lab. Back in 2014, researchers compared two groups of subjects: one who did six sets of full-ROM squats for seven weeks, and another that did 3 sets of full-ROM followed by 3 sets of heavy partials. Both groups improved in their strength, but the combination group saw superior results.[1]

The lesson for you: There’s no reason to limit yourself to one or the other. Do both—just do them right!

When muscle is the goal, I love using mechanical dropsets. These are a set-extension technique where rather than lightening the weight, you switch from a harder to an easier variation of a movement with the same weight, allowing you to get more reps. They were featured prominently in both “The 6 Grittiest Biceps Moves You’re Not Doing” and its companion article for triceps. And they’re great for back work as well.

Most of us know that an underhand grip is stronger than an overhand grip on pull-ups and pull-downs, even if we don’t exactly know why. This can be used to your advantage, though. After a set of overhand-grip lat pull-downs or pull-ups, immediately switch to an underhand grip, which will allow you to crank out a few more reps.

If you’re on a pull-up station with neutral grip bars, you can use these for your dropset as well, since you’re stronger with that grip than overhand. This can be especially helpful if you’re someone who finds chin-ups uncomfortable in the wrists or elbows.

5. Pull-downs at All Widths, Not Just Wide

In regards to lat pull-downs, it’s generally believed that a wider grip activates the lats more than a narrow one. This belief is part of bodybuilding lore, but it can appear to be science based due to the results of a 2002 study, published in the Journal of Strength and Conditioning Research, which found that the wide-grip pull-down produced greater muscle activity than pull-downs using a closer, underhand grip. The problem is that this study didn’t compare different overhand grip widths.[2] 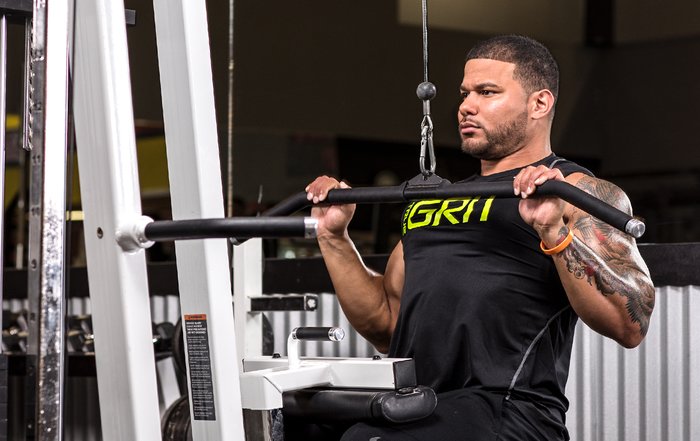 Fortunately, a 2014 study from the same journal did just that, by comparing electromyographic (EMG) activity in the lat pull-down using narrow, medium, and wide grips, with a 6RM weight for all three grips.[3]

This study found similar EMG activation between grip widths for latissimus, trapezius, and infraspinatus. The only difference is a slight tendency for biceps brachii activation to be greater in the medium grip.

To this particular coach’s mind, there are three important takeaways:

Think of this as the pulling counterpart to plyo push-ups. You explosively perform a row using a suspension trainer. The goal is to get some slack in the straps, while keeping your weight back on your heels. Then, perform the eccentric (lowering) portion of each in a controlled manner.

Here are the most important coaching tips:

Training Should Not Interfere With Your Health September 21, 2016